We'll be back in a moment

Life After the Paperless Tax Disc

We may no longer need a tax disc, but we're still legally required to pay Her Majesty’s Revenue and Custom office for the honour of owning a car and there is no way of avoiding it.

This information is on your V5C registration and also your V11 tax reminder documents. 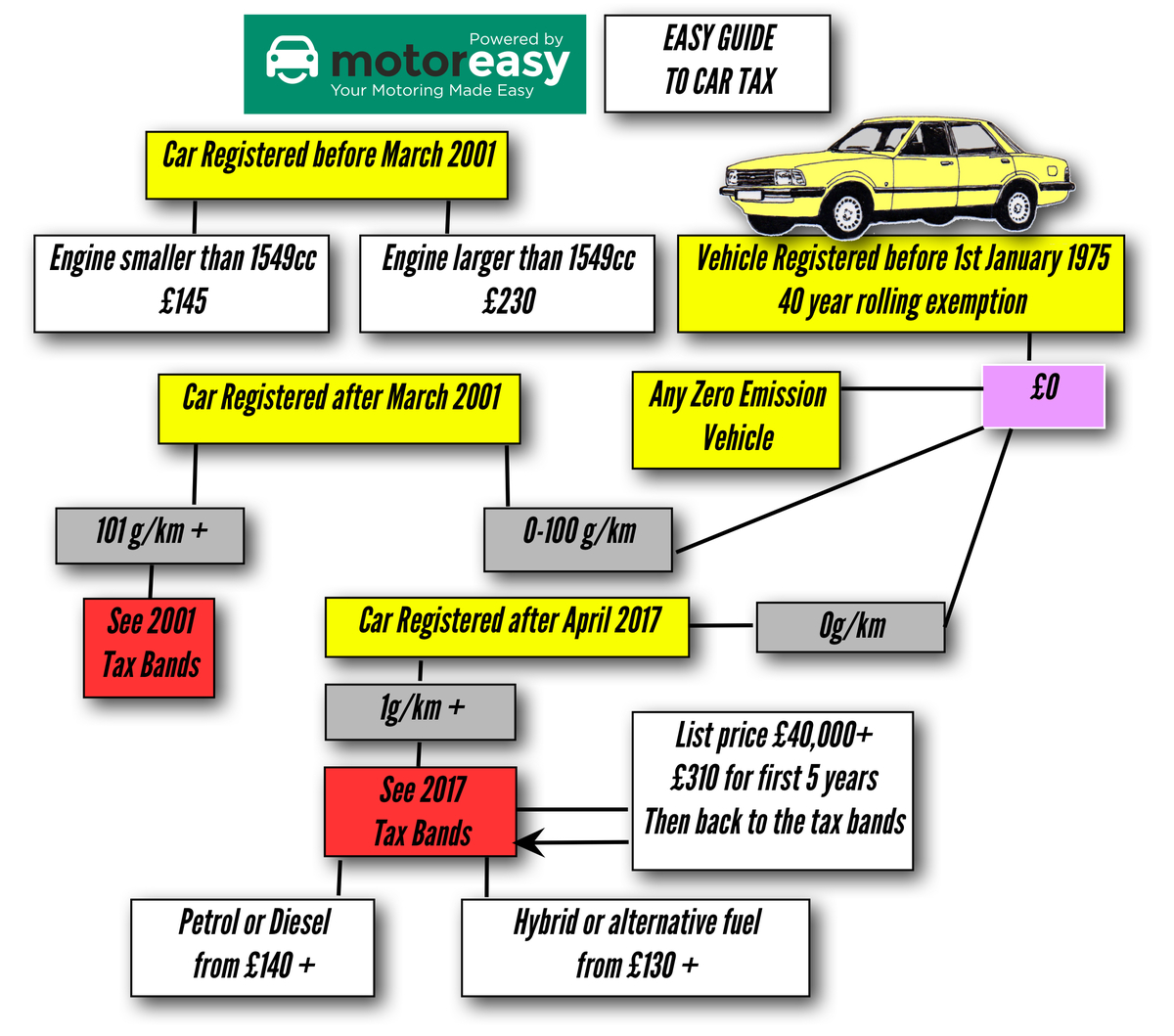 Flat rate of £140 (unless they are hybrid or alternative fuel vehicles then it's from £130) -  be aware there is a different & potentially expensive first year rate. All zero emissions cars are free!

If you don't know how much CO2 you car emits, use this government calculator - it will also tell you what your new 2017 rate will be as well.

This information is on your V5C registration & your V11 tax renewal.

All zero-emissions cars are free.

The tax rates are based are split into tax bands based on the carbon dioxide emissions; how many grams are emitted from the exhaust every kilometre.

There is a rolling 40-year exemption from road tax for older cars provided they are registered before 1st January 1975. Spend your road tax savings on replacement parts!

Where to buy a used car

Want to own a Porsche?

Driving in Europe: what you need to know
National Picnic Month! Best Cars for a Picnic
View all articles

Don’t worry, just enter the email address you registered your account with below and we’ll send you a link to reset your password.

An email with instructions and a link to reset your password will be sent to this address: .

If you can’t find it, check your Junk email folder.

Our team is here to help with your car. Simply complete the information below and a representative will contact you at a time that’s convenient.

Thank you, a member of the MotorEasy team will call you at the suggested time to answer your query.